Authorized by the Obama administration in 2015 as a pilot, the Second Chance Pell program gives incarcerated students access to Pell grants through partnerships between correctional facilities and colleges. Sixty-four institutions—including Georgetown University—have offered more than 1,000 courses in state and federal prisons since the program’s launch.

In its first two years, the Second Chance Pell program spent $35.6 million to educate 8,800 students; it is one of the few Obama-era education initiatives to be embraced and extended through next year, with bipartisan support and a $28 million dollar pledge by the Trump administration, reports The New York Times. 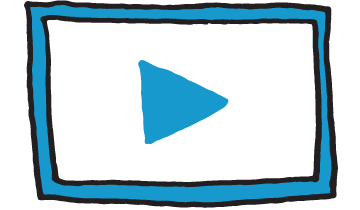 The ban that decimated prison education

Prior to Second Chance Pell’s launch, a crime bill enacted in 1994 had banned prisoners from using Pell grants to pay for post-secondary education, prompting prisons nationwide to end their education programs. By 1998, less than 4 percent of the incarcerated population was enrolled in college courses, The Hechinger Report wrote.

If legislators were to fully lift the ban today, approximately 460,000 incarcerated individuals would become eligible for Pell grants, according to The Hill. Congress is expected to vote later this year on a reauthorization of the Higher Education Act, offering an opportunity to permanently remove the 1994 ban.

Gerard Robinson, the executive director of the Center for Advancing Opportunity, told the Times that “this issue is ripe in American politics,” because “millennials see this as a civil rights issue for their generation,” while older generations see it as compensation for “the role they played in the war on drugs dating back to the 1970s up through the crime bill.”

Earlier this year, the Vera Institute of Justice found that the Second Chance Pell program would save states $365.8 million per year in incarceration costs and lead to higher earnings for prisoners when they are released. In a 2013 study by the Rand Corporation, researchers found that prison-based education reduces the risk of recidivism by 43 percent and increases returning citizens’ chances of finding employment by 13 percent.

Annie Freitas, the co-executive director of the nonprofit Operation Restoration, said repealing the ban would be “the most significant thing to happen in prison education in the last 30 years.”

Learn how Georgetown University brings together leading scholars, practitioners, and students to examine the problem of mass incarceration from multiple perspectives. Visit the Prisons and Justice Initiative website.

The Hill, The New York Times, The Hechinger Report, The Vera Institute of Justice, Rand Corporation

END_OF_DOCUMENT_TOKEN_TO_BE_REPLACED

U.S. universities in states that border Mexico are developing support systems, transportation options, and faculty policies that reflect the difficulties of attending class in one nation while living in another.