Medical education involves many expenses beyond tuition—a nearly constant stream of fees that can prove especially challenging for aspiring physicians from low-income families. While acknowledging that “medical school is expensive for everyone,” The New York Times says “the hidden costs of a medical education” reinforce a sense that top medical schools “favor the rich” and may ultimately deter medical students from historically underrepresented groups from practicing in specialties and communities that would disproportionately benefit from their expertise.

Medical students hail from “predominantly high-income, and typically white households,” writes The Times, adding that the proportion of students from the top two income quintiles has “barely budged” the past decade. According to a 2018 study from the Association of American Medical Colleges, more than 75 percent of medical students in the United States came from households in the top 40 percent of family income (at least $75,000 per year) between 1988 and 2017.

While medical school incidentals may not prove prohibitive for higher-income students, for low-income students, even those who receive tuition assistance, they can interfere with basic needs.

The parade of fees starts well before medical students even begin their post-graduate education. A recent article in the New England Journal of Medicine cautioned that the costs associated with applying to medical school posed “a barrier to diversifying the profession.” As described in The Times, prospective medical students must pay $315 to register for the Medical College Admission Test (MCAT). Then they must pay a $170 application fee to their first school and a $40 for each additional school. When interviewing, applicants spend more than $200 on average in attire and travel expenses for each school that they visit.

Upon enrollment, medical students often must purchase training equipment. Harvard Medical student Shawn Johnson told The Times he was required to buy almost $1,000 worth of medical devices, such as a stethoscope and an ophthalmoscope. Students also must pay to register for mandatory certification tests: Johnson said those included $630 for the United States Medical Licensing Exam Step 1 (“the boards”), $1,290 for Step 2 Clinical Skills, and $630 for Step 2 Clinical Knowledge. Students also fund their own travel to the cities that administer those tests. To prepare, many students purchase study-aid subscriptions and review books.

Often, those “less advertised” expenses leave low-income students like Johnson trading off basic needs like food, rent, and health care. “You have to decide, do you use your loans for a study aid or for a rainy-day fund in case someone at home gets sick?” Johnson said. “I haven’t had dental insurance in two years. When tuna is on sale for 80 cents a can, I go buy 30 at CVS.”

Some medical students told The Times that they are taught to view debt as an investment in their future. “There’s this idea that because we’ll all be doctors one day, the loans don’t matter and it’ll all even out,” Johnson said. “But that doesn’t account for day-to-day expenses now, like if my mom texts me asking for help.” Medical school debt in the United States has now hit a median $200,000 per graduate, a 4 percent increase from 2017 to 2018.

As the expenses and debt pile up, the financial pressures can influence students’ choice of career path. For example, students with large outstanding loan balances may feel obligated to pursue more lucrative fields such as plastic surgery and turn away from lower-paying positions in family medicine or in underserved communities. Ultimately, patients in those communities may lose out, given evidence that patients achieve better health outcomes when they are treated by doctors with similar backgrounds. 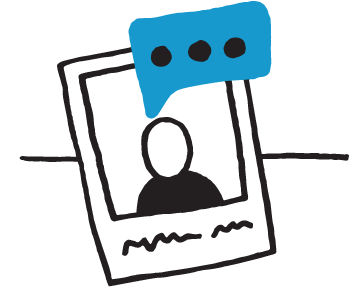 What will it take to close career achievement gaps?

The uneven burden and benefit of state merit scholarships

Black males aren't graduating with their peers from Tennessee colleges. What are the solutions? via WPLN

Even with Utah's help, DACA students can still face a hard road to graduation via KUER

A campaign to raise awareness about the benefits of community colleges has been attracting national attention on social media.