A growing number of colleges and universities are sending students home and shifting to online learning to stem the spread of COVID-19—a sudden switch that is exposing the digital divide between students with stable access to the internet and those without.

One recent study found that about one in five U.S. college students struggled to meet their technological needs due to poor equipment or connectivity. Lower-income students and students of color were most likely to have difficulty, according to The New York Times. A Pew Research Center analysis of 2015 U.S. Census Bureau Data similarly found that some 15 percent of U.S. households with school-age children don’t have high-speed internet access, making it difficult for students to perform tasks online.

“This crisis will expose hard truths about the scope for the digital divide,” FCC Commissioner Jessica Rosenworcel said in a statement, urging the creation of a nationwide loan program for Wi-Fi hotspots.

Students at community colleges, which often serve lower-income populations, are especially at risk, Christine Wolff-Eisenberg, from the nonprofit research organization Ithaka S+R, told HuffPost. So, too, are students located in cities where internet service is expensive and in rural areas with poor broadband infrastructure.

Some universities, like the Metropolitan State University of Denver, are ensuring that all of their courses can be completed with a smartphone. MSU Denver also is preserving access to its library for students who rely on campus computers and internet service. And recognizing that about one-third of people living on tribal lands don’t have access to high-speed internet, the director of the Native American Center at San Juan College in New Mexico says he has created a Google spreadsheet to help catalog the locations and hours of stores and restaurants with Wi-Fi access on students’ reservations. Other higher ed leaders have been reaching out to outside organizations and businesses for help supplying students with computers or providing internet access.

But for some universities, an online model is unrealistic. Berea College, a small private work-college in Kentucky, is not shifting to online instruction, noting that half of its students come from families whose annual income falls short of the federal poverty line. “That means that when they leave campus and go home, they are not going to have all of the amenities that we expect for middle-class children, affluent kids,” Lyle Roelofs, the college’s president, told TIME. “We know that at least 20 percent of our students don’t have decent internet access where they live.”

Writing in The New York Times, Kevin Carey predicted that the shift to remote instruction also will reveal “that good online education is easier said than done.” Even though one-third of all college undergraduates are enrolled in at least one online class, there’s still little evidence that shows the benefits compared with face-to-face instruction.

In fact, a 2014 study of more than 40,000 community- and technical-college students in Washington State found that all students performed worse in online classes versus in-person courses. The findings also showed that students “with less academic opportunity and skill were likely to suffer more from online instruction,” The Chronicle of Higher Education reports.

Experts, however, are cautioning against likening the recent campus disruptions to an actual move to online education. Rather than taking advantage of online education’s potential for scale and personalization, “all [colleges will] really be doing is conducting traditional education at a distance,” Carey writes. Lis Kenneth Regula, a lecturer in the Department of Biology at the University of Dayton in Ohio, reinforces that perspective, writing that “the online courses we’re creating right now are ways to survive in uncertain times, not to thrive in online education.” 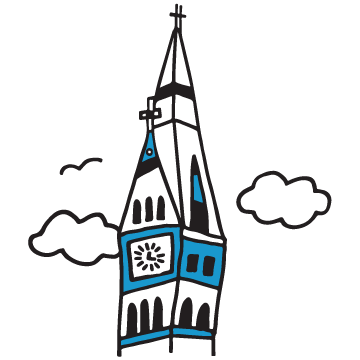 A gift to Georgetown University’s COVID-19 Crisis Response Fund for Students will support the university’s commitment to providing assistance to any student who requires it.

Report: Now is the time to connect SNAP eligible students to the benefit via Diverse Issues in Higher Education

Native American languages are disappearing. Colleges could help preserve them. via The Chronicle of Higher Education

How ‘spaces of belonging’ can help first-gen students thrive

END_OF_DOCUMENT_TOKEN_TO_BE_REPLACED

A number of state lawmakers are introducing legislation that would require high school seniors to complete financial aid applications as a necessary step to graduate.