Amarillo College in Texas is drawing national attention for its comprehensive approach to increasing completion rates among low-income and first-generation students, especially those struggling with homelessness or hunger. Calling Amarillo’s No Excuses Poverty Initiative “a national model,” The Chronicle of Higher Education recently took an in-depth look at the breadth of support offered by the community college and its surrounding community, which hopes that a college-educated workforce will help boost the local economy. 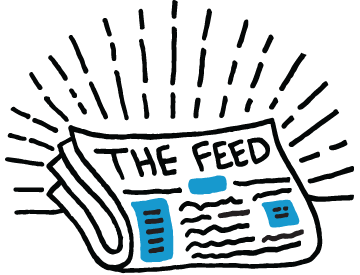 The Chronicle follows Cindy Lopez, who has benefited from the college’s network of support since enrolling as a 19-year-old single mother. Balancing coursework alongside as many as three concurrent part-time jobs and parenting responsibilities, Lopez across the last three years has worked with her academic advisor and the community college’s director of social services to stitch together scholarships, connect with mentors, and satisfy basic needs. A check from the college’s emergency fund, for instance, helped her make needed car repairs, while free groceries helped stave off hunger. “There’s no way I could have made it without their help,” said Lopez, who plans to graduate with an associate degree in May. “On days that I feel my lowest, they lift me up and keep me going.”

Lopez’s situation is not uncommon on Amarillo’s campus, where about 40 percent of students receive Pell grants and more than 70 percent are the first in their families to attend college. Recent studies have shown that 55 percent and 59 percent of Amarillo students are food- and housing-insecure, respectively—well above the national averages.

The findings reinforced what Amarillo administrators heard in a 2012 survey that asked students about obstacles to completion. In addition to food and housing, respondents cited child care, transportation, and jobs; no academic factors appeared among the top 10 barriers.

Since 2012, Amarillo has implemented a wide array of changes, supported by its foundation, community donations, and payroll deductions from faculty and staff. In addition to cutting course length from 16 to 8 weeks, the college has made tutoring mandatory; launched childcare, counseling, employment, and legal aid centers; and nurtured a “culture of caring” campus-wide.

In 2016, Amarillo College also created an Advocacy and Research Center (ARC)—featured earlier this year at a national convening organized by student success nonprofit Achieving the Dream—as a centrally located hub for student support. The center serves more than 2,200 students annually and collaborates with more than 60 local nonprofits.

The support Amarillo College provides its neediest students has helped raise the college’s three-year completion-and-transfer rate from 19 percent to 48 percent. According to Amarillo officials, students who receive help from the emergency fund “have a 32 percent higher fall-to-spring retention rate, and 14 percent higher fall-to-fall, than their peers.”

The Chronicle of Higher Education, The Hope Center for College, Community, and Justice

New report on re-enrolling adult learners via Inside Higher Ed

These high school students were afraid to dream bigger. A Stanford class is changing that. via Los Angeles Times

A head start and a peek into college. NH’s dual enrollment program wants to expand. via Union Leader